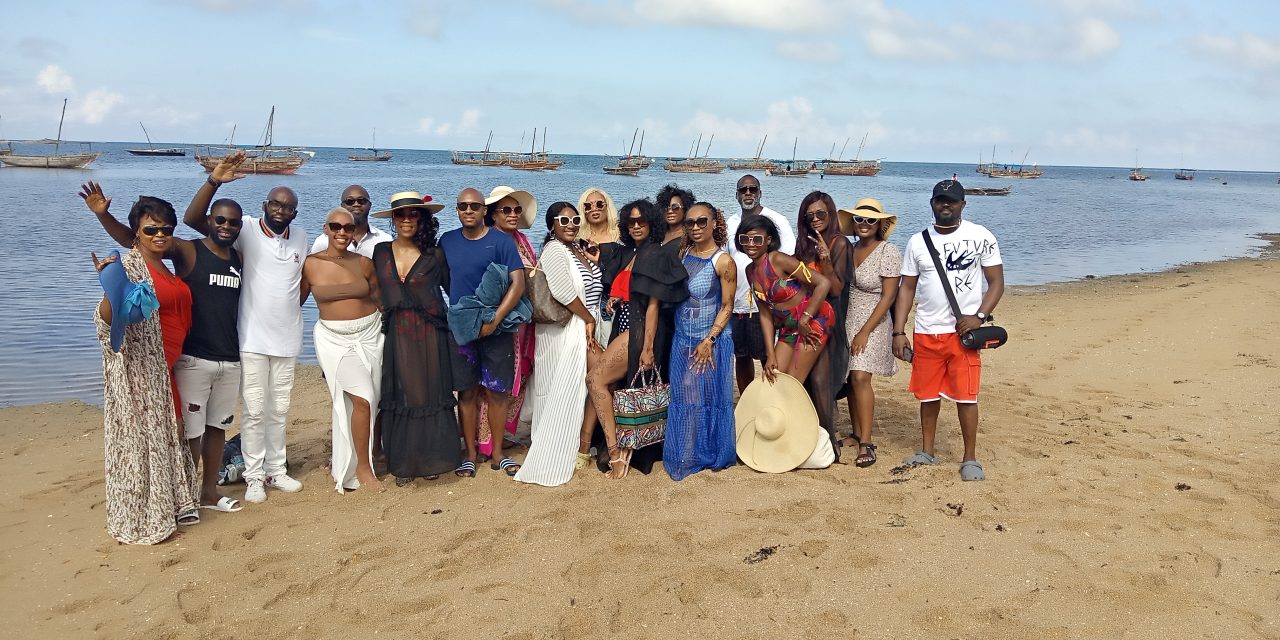 All our Safari Packages in Tanzania can also be combined with a beach extension in Zanzibar or with a Kilimanjaro Climb via any route.  Our safari is also customizable to include the category of accommodation that you wish to stay in. We can include budget, middle-class accommodation, or Luxury safari lodges, and tented camps.  To contact one of our tour consultants please fill in our form below or write an email to us at info@kuwa-huru.com

On arrival at Zanzibar International Airport, you’ll be personally met and escorted by our driver guide to the fashionable Hotel in Stone Town. Before dinner will meet again for pre-program Briefing,

Changuu Island (also known as Kibandiko, Prison or Quarantine Island) is a small island 5.6 km northwest of Stone Town, Ungula, and Zanzibar. The island is around 800m long and 230m wide at its broadest point The Island saw use as a prison for rebellious slaves in the 1860s and also functioned as a coral mine.

The British First Minister of Zanzibar, Lloyd Mathews, purchased the island in 1893 and constructed a prison complex there. No prisoners were ever housed on the island and instead, it became a quarantine station for yellow fever cases. The station was only occupied for around half of the year and the rest of the time it was a popular holiday destination. More recently, the island has become a government-owned tourist resort and houses a collection of endangered Aldabra giant tortoises’ now it is more commonly known as the home of Zanzibar’s Giant Aldabra Tortoise colony, some of which are over a hundred years old! Which was originally a gift from the British governor of Seychelles in the late 19th Century.

Once on the island, you have the opportunity to feed and pet the tortoises; if you have time you may also like to take a stroll through the forested interior where you will see a wide variety of birds, colorful peacocks, bats, and beautiful butterflies. Keep your eyes peeled too for the shy and elusive Duikers – an unusual tiny antelope species after the prison tour the boat will drive you back to Stone Town, you will overnight at  Verde Hotel Zanzibar

Safari Blue Tour in Zanzibar is the Zanzibar number one full day trip, this is a sea adventure safari starts from Fumba fishing village, southwest coast of the island, the major attraction is to swim, snorkeling, seafood and sailing within the traditional dhow, the history of traditional dhow dated back to the 15th and 16th centuries, the ages of the monsoon winds and the Arab movements,

We inboard into sailing dhow at 9:00 am ahead to a sandbank for the relaxation, swimming and beach walking, You will have a great time to test the tropical plates of seafood including octopus, calamari, lobster, shrimps, shark, shellfish, tuna fish, barracuda, etc.

Snorkeling is also the main activity, whereby tourists will be taken to the coral reef and the areas which are good and have a colorful schools of fish. After the lunch at Kwale Island, there will be a short tour to the ancient baobab tree which is said to have more than 200 years now,

On our way back to the Fumba beach we shall again have the opportunity to swim into the natural swimming pool near Kwale Island, we normally finish our tour around 4:00 pm; you will overnight at Verde Hotel Zanzibar

Early At 06:00 in the morning you’ll be picked up to the south coast of Zanzibar for a dolphin tour, Although dolphin-spotting is a popular activity, sightings aren’t guaranteed 100%, and actually managing to swim with dolphins is a rare occurrence, like with other wild animals spotting dolphins require time and patience as they are not confined in a cage or a zoo, they are in their natural environment.

The forest is 2,512 hectares (6,207 acres) in size and was declared a nature reserve in the 1960′s. Jozani forest is a natural pharmacy, an amazing source of natural remedies! Every plant or tree cures something. What is so beautiful about the Jozani forest tour, that height of the trees and the palms are just outstanding! Jozani is also famous for rare red Colobus monkeys and even harder to spot – Zanzibar Sykes’ monkey, a very rare monkey species unique to Zanzibar.

The Spice Tour is one of the most popular excursions in Zanzibar, the Spice Island. Zanzibar was one of the world’s leading producers of spices such as clove, nutmeg, and cinnamon. Tour takes you to an organic farm with a wide variety of plants around the year. You don’t just see, you also touch, smell, and taste. There are many spice farms in Zanzibar and for the next portion of the tour; you will visit a real organic spice farm.

This tour is a walking tour of a spice farm (shamba). While there, you shall see how the spices, herbs, and fruits grow and are cultivated.

When you arrive, the spice farm guide will describe how the spices are grown and used as medication and flavor in dishes. It will be possible to touch, smell and taste the spices, herbs, and tropical fruits such as clove, lemongrass, nutmeg, cinnamon, turmeric, vanilla, coconuts, papaya, chili, black pepper, jackfruit, cardamom, cassava, and oranges directly from plants. Later, take the opportunity to join a cassava leaf harvest, make coconut milk, and practice some cooking. Even more, a coconut tree climber will pick some fresh young coconut fruits for you to try, you will overnight at Verde Hotel Zanzibar

After Breakfast, you’ll be transferred to Stone Town Tour, a city of prominent historical and artistic importance in East Africa. Famous for its winding alleys, bustling bazaars, sultan’s palace, mosques, House of Wonders, Portuguese fort and gardens, and the extravagant merchants’ houses with their remarkably ornate doors,

Its architecture, mostly dating back to the 19th century, reflects the diverse influences underlying the Swahili culture, giving a unique mixture of Arab, Persian, Indian and European elements. For this reason, the town was designated as a UNESCO World Heritage Site.

It includes a visit to the former slave market site, which now stands as an Anglican church built in 1871, before strolling through the narrow streets towards the City Market. Marvel at the fresh products and fruits and watch how locals buy and sell anything here. Observe the hustle and bustle of the fish auction. After this, take a sightseeing tour of the main buildings in Stone Town including the Palace Museum and the House of Wonder, which is the largest and tallest building in the town, also known as Bait-al-ajab. Continue on to see the Old Fort, Tipp Tip, and of course, the most famous, Freddie Mercury’s House. Also visit the Peace Memorial and Natural History Museum, amongst other attractions. overnight at Verde Hotel Zanzibar

After a late morning was woken up and have breakfast then you will be transferred to the airport to connect your flight back home after a long unforgettable Tanzania holiday. 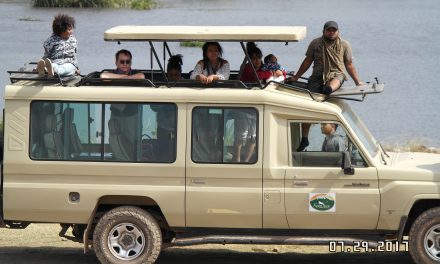 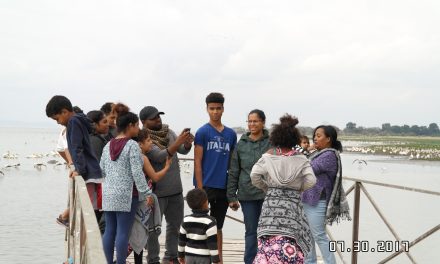 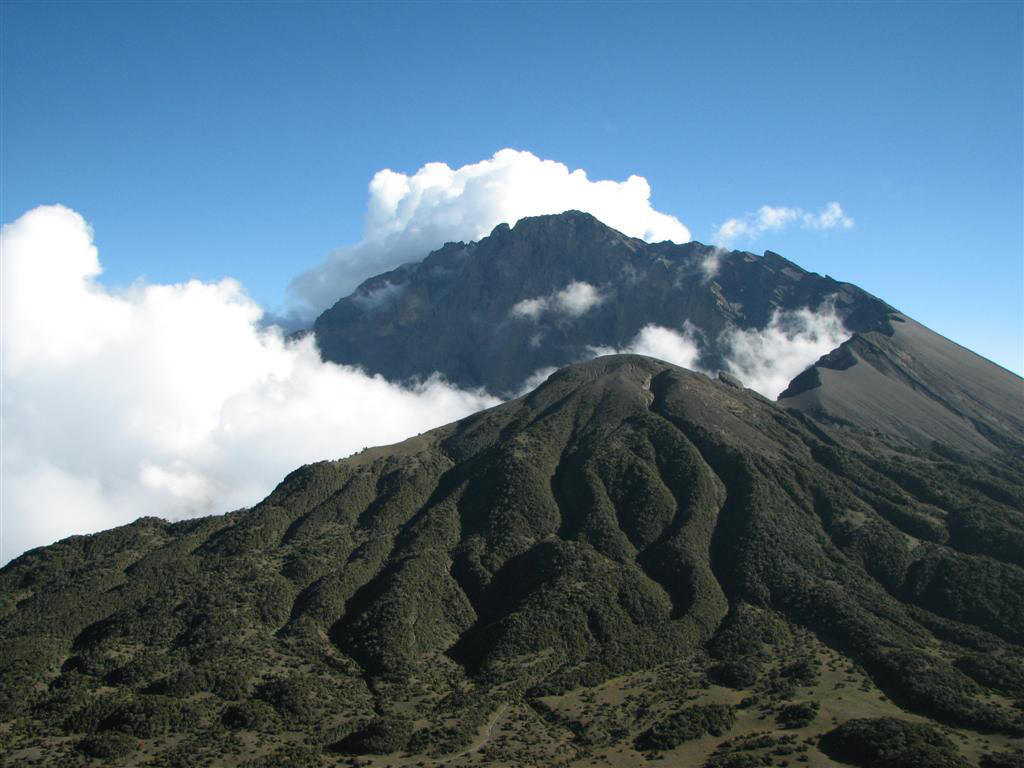