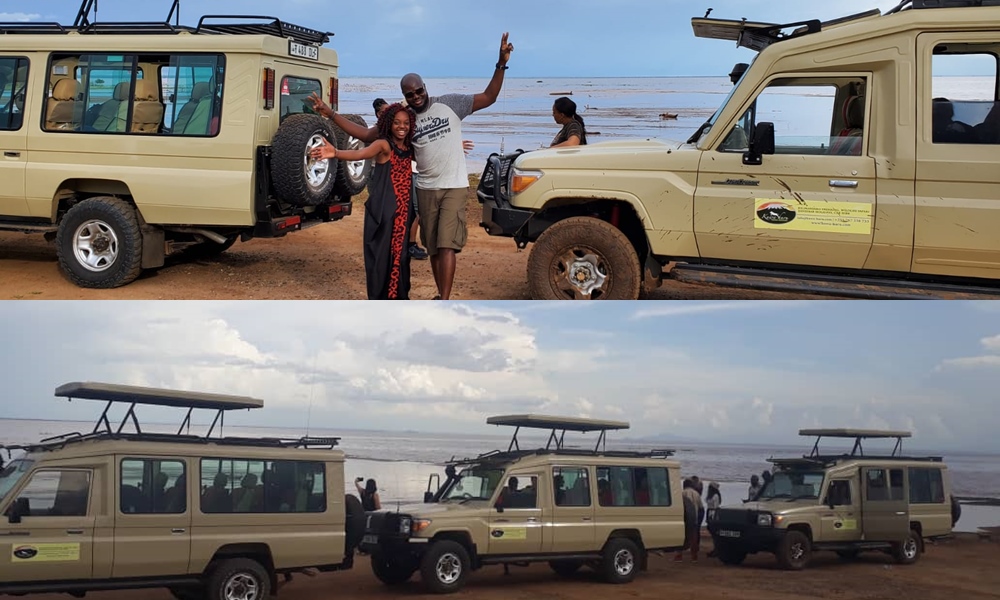 If you are looking for an adventure safari of a lifetime ultimate mountain climb, that reaches the highest peaks of Africa, or without forgetting the magic Island of Zanzibar, then Tanzania is the place to be, You will get the best experience in excursions in Tanzania!……..!We as Kuwa Huru Tanzania Adventure will assist you to plan and package your vacation……we are ready to arrange it kindly.

On arrival at Arusha Airport, you’ll be personally met and escorted by our driver-guide to the fashionable Hotel in Arusha for breakfast, while you’re having your Breakfast, our experienced safari driver guide, will give you a short safari briefing before starting your memorable African safari.

Lake Manyara’s famous for tree-climbing lions are another reason to pay a visit to this park. The only kind of their species in the world, they make the ancient mahogany and elegant acacias their home during the rainy season and are a well-known but a rather rare feature of the northern park. In addition to the lions, the national park is also home to the largest concentration of baboons anywhere in the world — a fact that accounts for interesting game viewing of large families of the primates.

Lake Manyara National Park is located on the way to Ngorongoro Crater and the Serengeti, Its groundwater forests, bush plains, baobab strewn cliffs, and algae-streaked hot springs offer incredible ecological variety in a small area, rich in wildlife and incredible numbers of birds.

Manyara provides the perfect introduction to Tanzania’s birdlife. More than 400 species have been recorded, and even a first-time visitor to Africa might reasonably expect to observe 100 of these in one day. Highlights include thousands of pink-hued flamingos on their perpetual migration, as well as other large water birds such as pelicans, cormorants, and storks.

The alkaline soda of Lake Manyara is home to an incredible array of birdlife that thrives on its brackish waters. Pink flamingo stoops and graze by the thousands of colorful specks against the grey minerals of the lakeshore. Yellow-billed storks swoop and corkscrew on thermal winds rising up from the escarpment, and herons flap their wings against the sun-drenched sky. Even reluctant bird-watchers will find something to watch and marvel at within the national park, before sunset, you will be taken back to your hotel in Marera Valley Lodge Karatu for Dinner and overnight.

Ngorongoro Crater Game drive and Drive Back to Arusha

Today we visit the largest intact volcanic crater in the world, the magnificent Ngorongoro Crater. After an early breakfast depart for the Ngorongoro Crater, with your packed lunch, drive to Ngorongoro Conservation entry gate. Drive on and descend 2000 feet (over 600 meters)  into the crater floor for a day game drive, Explore the forest areas that are inhabited by monkeys and elephant, the lake area, where you may see the flamingos and the open Savannah where the lions hunt for food.

This truly world-class attraction is also known as the ’8th Wonder of the World’… finally, we descend into the crater. The crater walls provide a natural sanctuary for the animals, which means there is plenty to see: lions, elephants, buffalo, rhino, and leopard (if you are lucky). The only animal you won’t see here is a giraffe, whose long legs are unable to cope with the steeps sides of the crater. In the late afternoon after a picnic lunch, we start going out of the crater with a game drive towards Arusha town, you will stay at Venus Premier Hotel  bed and breakfast

On arrival at Zanzibar International Airport, you’ll be personally met and escorted by our driver-guide to the fashionable Hotel in Stone Town. After check immediately the fun begins you’ll start your tour to Prison Island

Changuu Island (also known as Kibandiko, Prison, or Quarantine Island) is a small island 5.6 km northwest of Stone Town, Ungula, and Zanzibar. The island is around 800m long and 230m wide at its broadest point The Island saw use as a prison for rebellious slaves in 1860s and also functioned as a coal mine.

The British First Minister of Zanzibar, Lloyd Mathews, purchased the island in 1893 and constructed a prison complex there. No prisoners were ever housed on the island and instead, it became a quarantine station for yellow fever cases. The station was only occupied for around half of the year and the rest of the time it was a popular holiday destination. More recently, the island has become a government-owned tourist resort and houses a collection of endangered Aldabra giant tortoises’ now it is more commonly known as a home of Zanzibar’s Giant Aldabra Tortoise colony, some of which are over a hundred years old! Which was originally a gift from the British governor of Seychelles in the late 19th Century.

Once on the island, you have the opportunity to feed and pet the tortoises; if you have time you may also like to take a stroll through the forested interior where you will see a wide variety of birds, colorful peacocks, bats, and beautiful butterflies. Keep your eyes peeled too for the shy and elusive Duikers – an unusual tiny antelope species after prison tour the boat will drive you back to Stone Town, you will overnight at Golden Tulip resort Bed and breakfast

Safari Blue Tour in Zanzibar is the Zanzibar number one full day trip, this is a sea adventure safari starts from Fumba fishing village, southwest coast of the island, the major attraction is to swim, snorkeling, kinds of seafood and sailing within the traditional dhow, the history of traditional dhow dated back to the 15th and 16th centuries, the ages of the monsoon winds and the Arab movements,

We inboard into sailing dhow at 9:00 am ahead to a sandbank for relaxation, swimming and beach walking, You will have a great time to test the tropical kinds of seafood including octopus, calamari, lobster, shrimps, shark, shellfish, tuna fish, barracuda, etc.

Snorkeling is also the main activity, whereby tourist will be taken to the coral reef and the areas which are good and have a colorful school of fish. After the lunch at Kwale Island, there will be a short tour to the ancient baobab tree which is said to have more than 200 years now,

On our way back to the Fumba beach we shall again have opportunity to swim into the natural swimming pool near the Kwale Island, we normally finish our tour around 4:00 pm; you will overnight at Golden Tulip resort Bed and Breakfast

Early At 06:00 in the morning you’ll be picked up to south coast of Zanzibar for a dolphin tour, Although dolphin-spotting is a popular activity, sightings aren’t guaranteed 100%, and actually managing to swim with dolphins is a rare occurrence, like with other wild animals spotting dolphins require time and patience as they are not confined in a cage or a zoo, they are in their natural environment.

The forest is 2,512 hectares (6,207 acres) in size and was declared a nature reserve in the 1960′s. Jozani forest is a natural pharmacy, an amazing source of natural remedies! Every plant or tree cures something. What is so beautiful about Jozani forest tour, that height of the trees and the palms are just outstanding! Jozani is also famous for rare red Colobus monkeys and even harder to spot – Zanzibar Sykes’ monkey, a very rare monkey species unique to Zanzibar.

The Spice Tour is one of the most popular excursions in Zanzibar, the Spice Island. Zanzibar was one of the world’s leading producers of spices such as clove, nutmeg, and cinnamon. Tour takes you to on organic farms with a wide variety of plants around the year. You don’t just see, you also touch, smell and taste.

This tour is a walking tour on a spice farm (shamba). While there, you shall see how the spices, herbs, and fruits grow and are cultivated. Your tour guide will describe how the crops can be used.

You will be smelling and tasting spices, herbs, and tropical fruits such as clove, lemongrass, nutmeg, cinnamon, turmeric, vanilla, coconuts, papaya, chili, black pepper, jackfruit, cardamom, cassava, and oranges. After the tour, you will enjoy a traditional Swahili lunch at the farm. Here is when you can really taste the different ways of using spices. The tour finishes with a stop at a spice stall selling fresh packaged spices (cash only). You will overnight at Golden Tulip resort  Bed and Breakfast

Famous for its winding alleys, bustling bazaars, sultan’s palace, mosques, House of Wonders, Portuguese fort and gardens and the extravagant merchants’ houses with their remarkably ornate doors,  then from stone town is just a walking distance to the port to take your Boat buck Dar es, Salaam. Don’t forget to come to Buck. 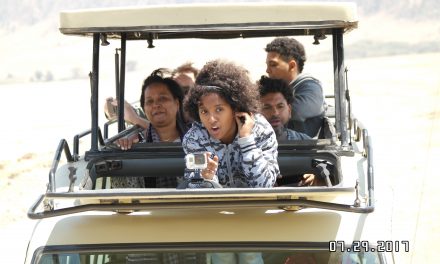 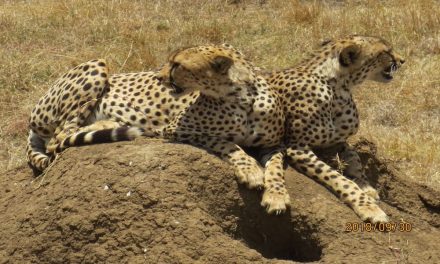 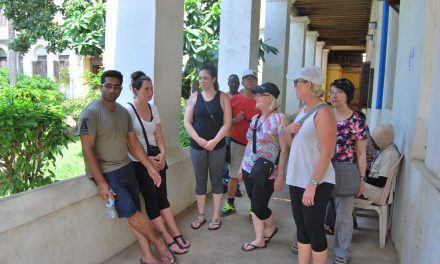 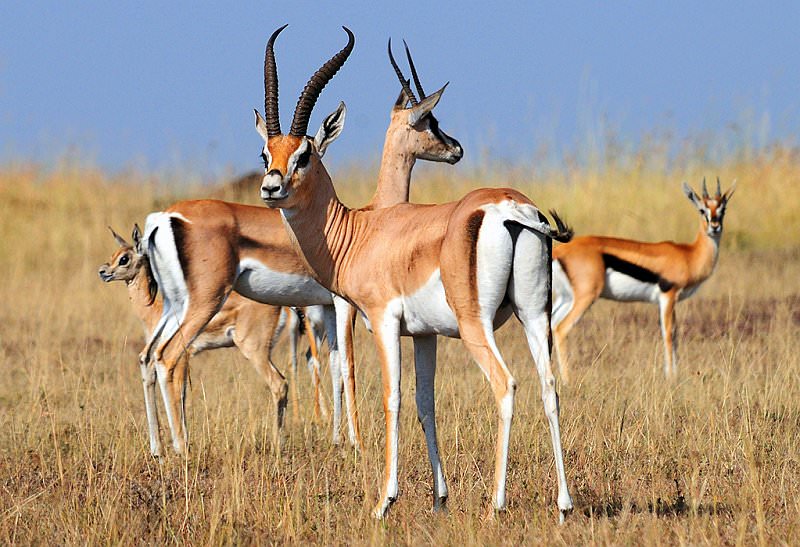